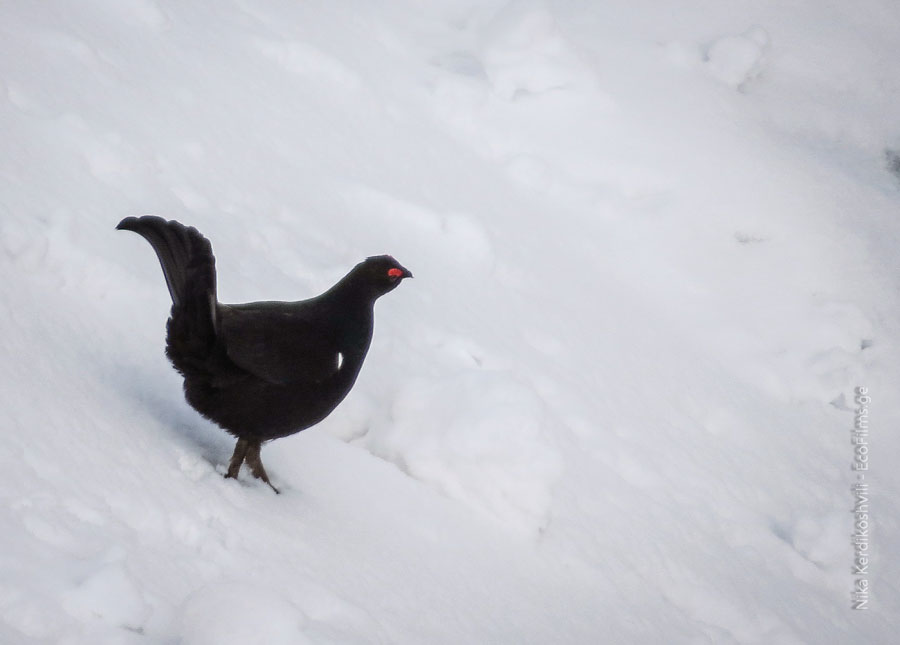 If you meet in the mountains a black bird similar to a hen, but with well-marked red brows, you can be sure it is male Caucasian Grouse.
The Caucasian Black Grouse is an endemic species, which means that it inhabits only the Caucasus mountains. More than half of its entire population and habitat is located on the territory of Georgia. It is quite possible that in the next 20-30 years the grouse will share the fate of other endemic species which are already almost extinct – the leopard, gazelle, hyena, panther and other representatives of our fauna.
The main habitat of the grouse are rhododendron bushes, subalpine forests, birch forests and the fields between them. In Georgia such landscapes follow the whole length of the Greater Caucasus Range, from Abkhazia through Svaneti, Racha-Lechkhumi, Samachablo, Khevi, Khevsureti, Tusheti and up to Kakheti. There are grouse habitats in the Lesser Caucasus too, though information on its presence here is comparatively scarce and the places itself are more fragmented. 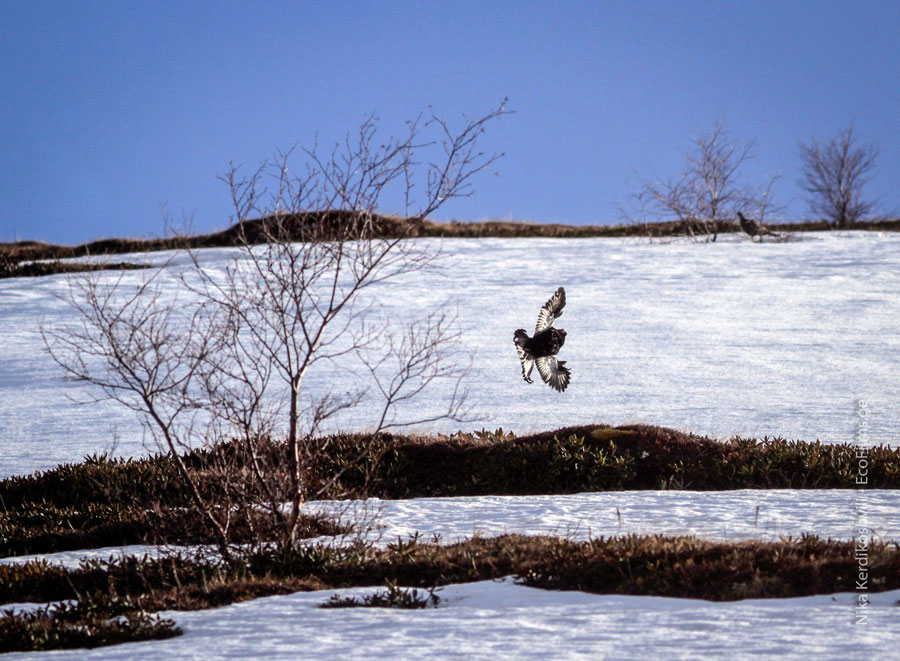 In the Lesser Caucasus the grouse can be met in Meskhetian and Ajarian mountains, Borjomi and Kharagauli regions and some areas of the Trialeti Range. According to existing data Caucasian Grouse is the most numerous (and the easiest to see) in Lagodekhi and Kvareli mountains, in Kazbegi and in the mountains of Racha.
Early spring is the most favorable time to see Caucasian Grouse when it starts getting ready for mating, on warm Eastern and Southern mountainsides, or in September and October during imitation of courting, when it is learning and trying mating rituals. It does not migrate to warmer countries in winter, but makes lairs in the snow and spends the long, cold winter nights there.
Grouse are difficult for predators to catch, but the main threat to its existence is the deterioration of its habitat . Due to small inhabited areas and increasingly fragmented habitats and also because of poachers and general interference from humans, the Caucasian grouse is facing extinction and belongs to globally endangered bird species – it is on the international Red List as well as on the European Red List of Birds and on red lists of all countries it inhabits (Russia, Turkey, Iran, Armenia, Azerbaijan and Georgia).
Only 3-4% of grouse habitats in Georgia are located within protected areas. 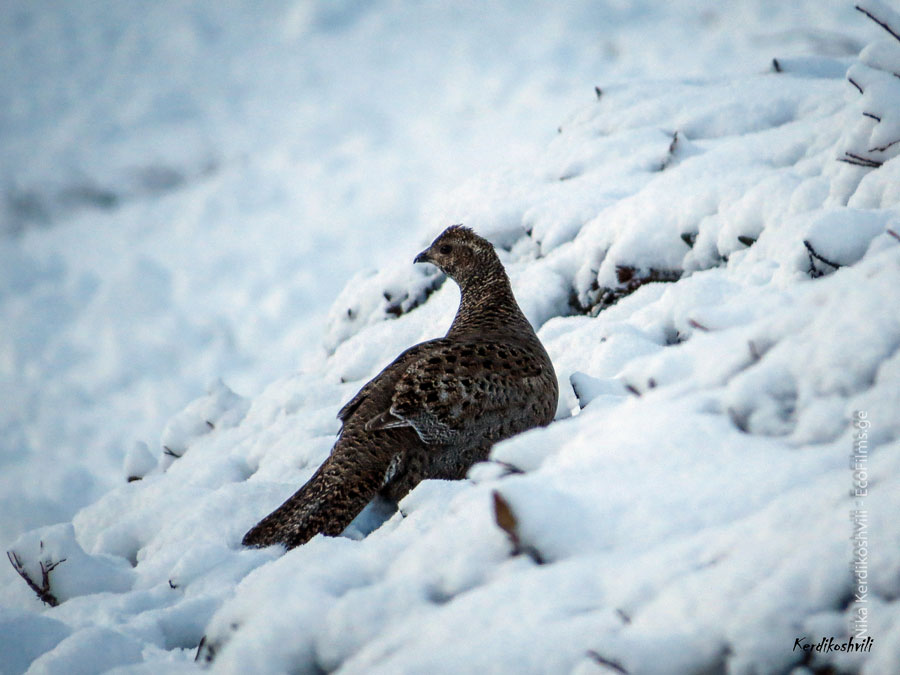