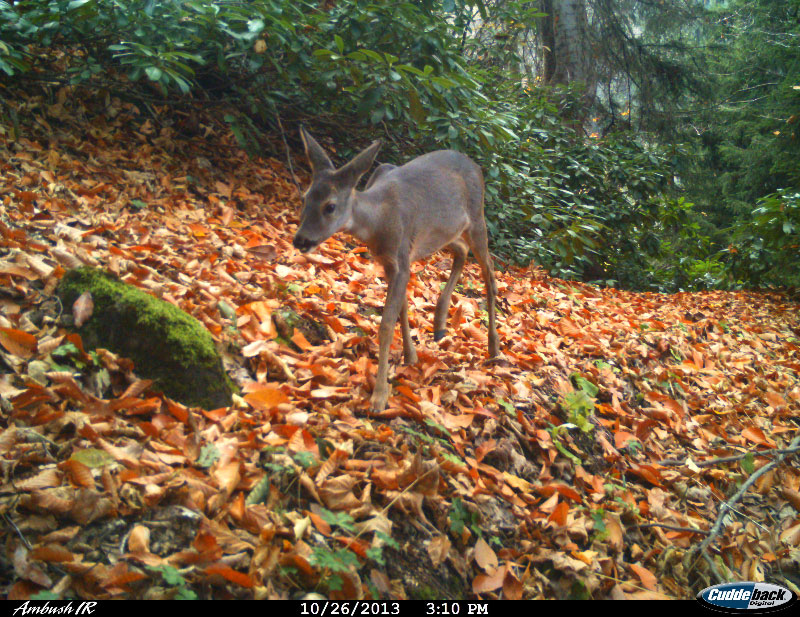 Light and elegant, the roe deer has long thin legs and a short tail. The color of its fur varies according to time of the year. In June, after spring moulting, it has reddish shade, while from the end of October, during the whole winter and spring it is grey. Young roe deer have beautiful pale patches that gradually disappear with maturing.

In Georgia roe deer live in reserves and protected areas as well as in nature. It is not facing extinction but there are not too many of them left in nature. The largest population of roe deer is in Ajara, where they are seldom attacked by humans, because they are believed to be “blessed by Mohammed”.

In general, roe deer are spread in Middle and Southern Europe, Caucasus, Asia Minor, Western and Central Asia, Far East of Russia. In Georgia they mainly dwell in mountain forests, not in grove woods, with the only exception of Colchis Lowland. Roe deer likes sparse deciduous or mixed forests and well developed understory. Although they belong to Cervidae family, they adapt themselves to changed environment more easily than deer. Roe deer like understory very much, because it helps them to escape predators easily, while for deer it is difficult to move there and to protect itself.

The European subspecies is spread almost everywhere in Georgia, but it does not like mountains and very high places – it is a forest animal and lives everywhere except Javakheti and South-west Georgia. Siberian roe deer is similar and not easy to discern from the European one.

Roe deer do not usually live in large herds: dwelling in the forest they make small groups of 2-4 individuals. Only male roe deer have antlers. In July and August female and male mate and live in pair, then they split again. It is female who takes care of young ones.

According to results of estimate done in 2012, there are up to 7000 roe deer in Georgia. Hunting roe deer is allowed only in game reserves/estates, in other places it is prohibited. But just for comparison it should be mentioned that game farms in European countries contain on average 50-60 thousand roe deer.

Apart from humans, the most dangerous for roe deer in Georgia are wolf and lynx, more seldom – bear. If winter is snowy and food scarce, roe deer sometimes come to villages and become victims of humans. People use meat, skin, antlers and hooves of roe deer.