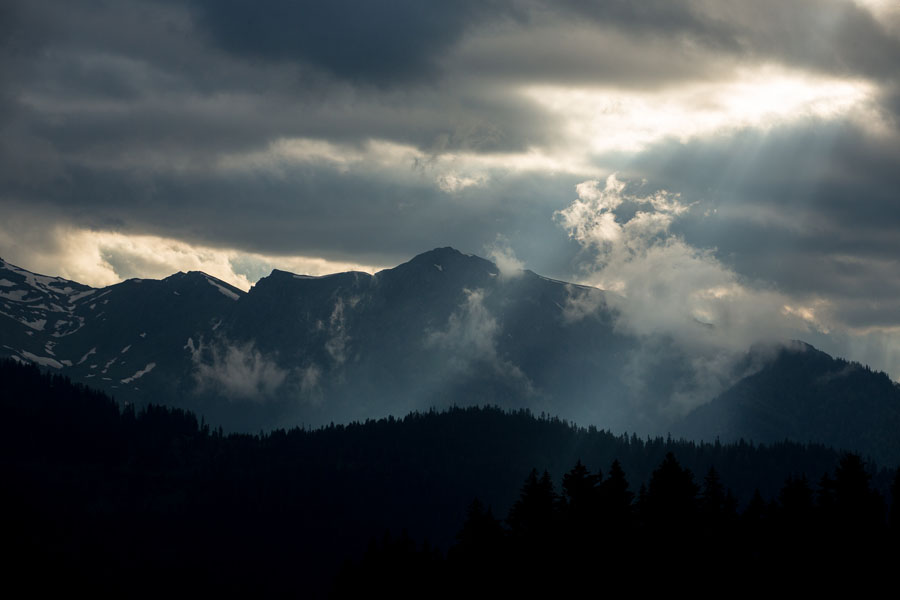 Jara: the hive in a traditional method of honey production practiced in Ajara, Georgia. A wooden hive made from a hollowed out log split in two and placed high in a tree to protect from predators such as bears into which a swarm of bees is captured for the production of honey.

Jara, a 52 minute documentary, is a one-year immersion in the wild nature of Ajara.

The wooden jara in the forest and the bees living within it are the fixed point in the story of the beauty and ruthlessness and inevitability of nature, of people and of predators and of co-existence and conflict. The film captures the shifting boundaries between human habitat and wild nature, portraying everyday lives in the changing seasons.

The film illustrates the everyday struggle of people or animals for survival and wellbeing.. This film is a celebration of survival and of a unique landscape and biodiversity still existing in a small pocket of our modern world. Its importance goes beyond its size, it represents a vital part of our heritage and existence on earth and links this corner of the Caucasus with all such places still in existence in the world. In illustrating the many facets of its beauty the challenge of ensuring its continuation in tandem with the challenges of the modern world is laid bare.

The region of Ajara is particularly diverse. It has survived glaciation and preserved unique species of flora and fauna, many of which are not found in any other part of the world. That is why Ajara is often called ‘a museum of nature’.

During glacial periods, when the temperature on the planet decreases, weather becomes dry and cold, biodiversity only survives in places, where due to varying factors the climate remains comparatively temperate . The eastern cost of the Black Sea, called the Ajara refugium was one such location, Ajara forests managed to perform the function of refugium because of their sub tropical and humid climate. When the climate on Earth changed due to glaciation, the majority of Eurasian forests entirely disappeared and the number of deserts increased. The habitats of species decreased and survival was only possible in Ajara and other similar refugiums. After warming started and forest-covered areas increased, it was from the refugiums that some of the species have spread to other territories previously covered in ice.

However some remained isolated and species can  still  only be seen in the Kolkheti refugium, in particular in Ajara and neighboring Turkish territories. Hence the high number of endemic  species found in Ajara.

The Ajara coast is also part of Batumi Bottleneck – bird migration corridor, third in the world by its size and importance.

In spring and autumn millions of birds fly over Ajara coast. There are traditions connected with this period, for example one of falconry. Each year more and more tourists come to see it and discover that the place is real paradise for birdwatchers – Here you can see up to 360 species of birds, three of which are endemic and cannot be found elsewhere. Up to 20 species are rare and globally endangered, though it is still easy to see them in Ajara. Amateur birdwatchers in the Caucasus are mostly  attracted by the Caucasian Black Grouse.