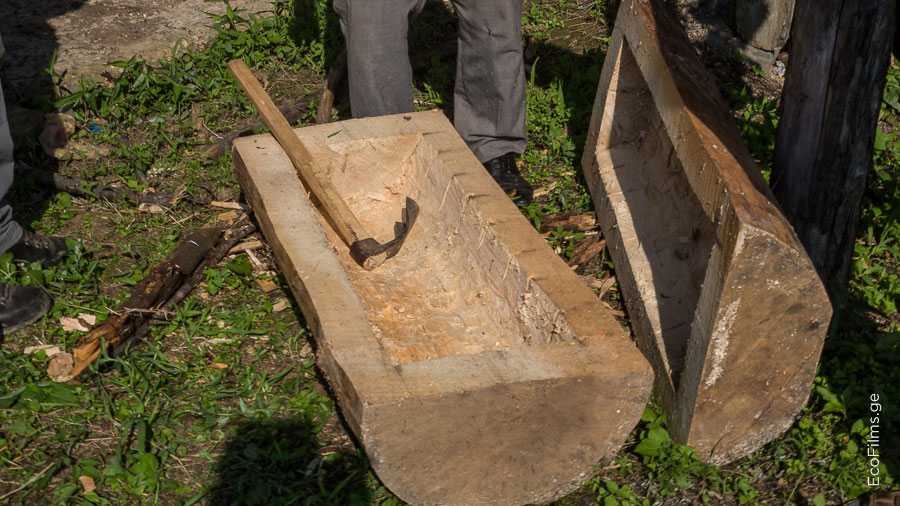 A Jara is traditional Georgian beehive – an ancient and primitive way of domesticating bees. In Ajara it still exists alongside modern beehives, simple in use and management. There are very few places in the world, where wild bees are used by local people and Ajara is one of them.
If before domestication of bees honey was taken from wild bees living in tree hollow, later people started to make similar hollows for them to live in. They made a beehive from long log or large tree bark, and called it Jara or Gedja. A new colony of bees was settled into it, after which it was placed in a spot inaccessible for predators, in a tree or on a rock. During the whole year the bees were taken care of, protected from predators and so on.
There are not very many places in the world where the gedja bee-keeping still exists. Most Georgian bee-keepers already use modern, simple and convenient methods of getting honey. Nevertheless, Alpine Ajara (Merisi Gorge, Dgvani and several other villages) is special. Here local people continue the difficult but ancient tradition of domestication of bees and give you the opportunity through observation of such bee-keeping to see for yourself ideal example of mutually useful coexistence of wild nature and human. 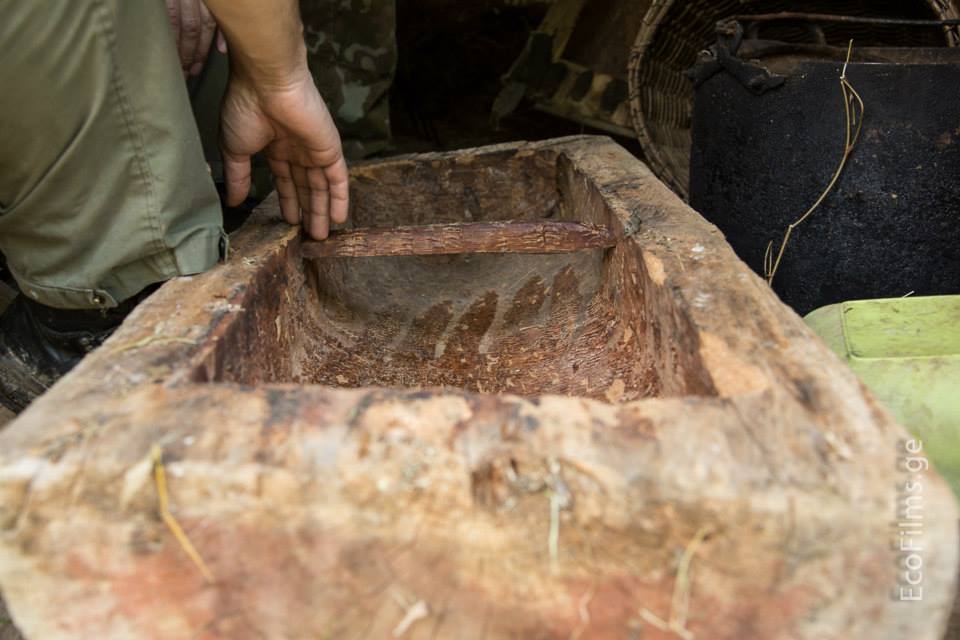 Jara is an ideal way to assist natural breeding. At the same time, for a bee-keeper, who has other, modern beehives together with jara, it serves as a kind of indicator. According to experienced bee-keepers, when the bee colony in jara multiplies, it means that bees in other hives will multiply in a week. So, they say, jara is an unmistakable warning sign.
Honey from jara is taken only once, in the period of June 10 -15. Jara is a horizontal, beehive, so the temperature inside it is 1-2 degrees higher than in common hives. This accelerates the development of bees and the reproduction of the colony. While the colony in a common beehive may not divide itself even once, the one in a jara may get divided two or three times during 10-15 days.
Nevertheless, the bee-keeper cannot place artificial honeycomb in jara, so the bees build it entirely themselves. During this process they use tens of kilos of honey, thus decreasing productivity of the jara. It is also very difficult to monitor the situation inside it, to notice possible disease and save the bees in time. It is also difficult to notice whether the queen of the colony is alive or whether a false queen has appeared. You cannot look into jara, take out a frame, cut it. This way you would disturb its temperature regime and make it vulnerable to more diseases. But despite all the difficulties, for natural breeding of bees jara is an inalienable technique – one of the first, ancient but still alive traditions of bee domestication. 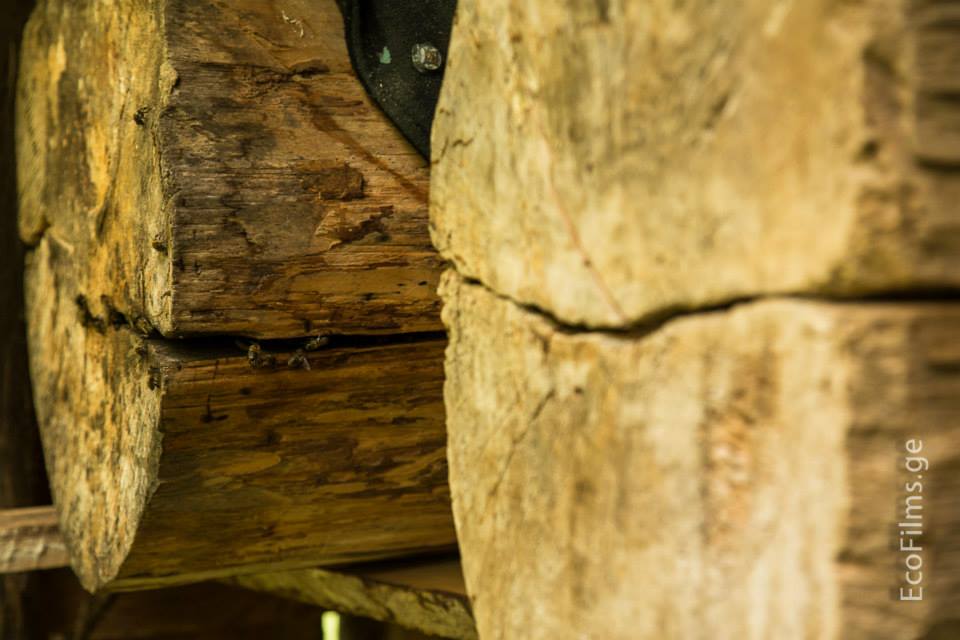 Bee-keeping is definitely not the main economic activity in Adjara. But those who want to take the honey outside Georgia know that unique aroma of Adjara chestnut tree honey will be a surprise for many. This honey differs from one gathered in other regions of Georgia, mainly due to the biodiversity of Adjara. Here the climate varies every 30-40 kilometers. Even the chestnut tree honey made in Kobuleti, Khulo or Keda differs from each other. The flavor of the honey varies together with climate zone. For example, if in Kobuleti chestnut trees finish blossoming in a month, in Khulo it continues for nearly two months. Bees start to gather nectar in lower zone, then go up. In each zone they add pollen from various flowers and the aroma of the honey becomes rich and unique. 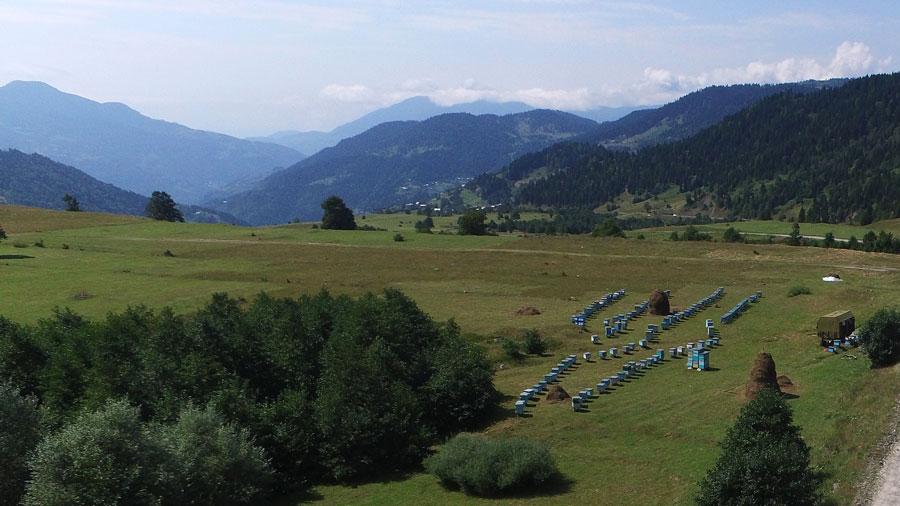